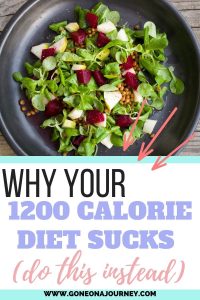 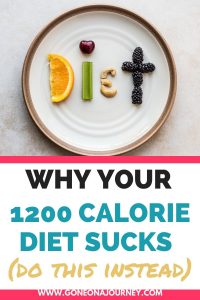 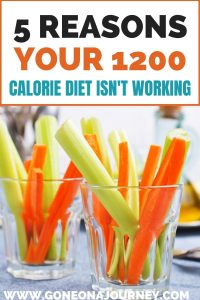 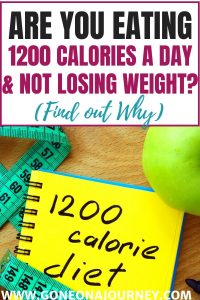 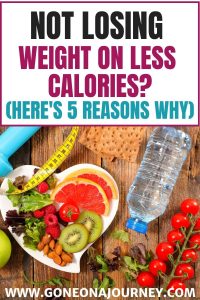 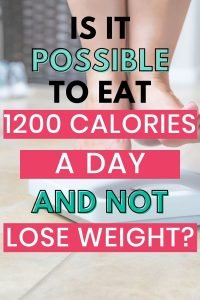 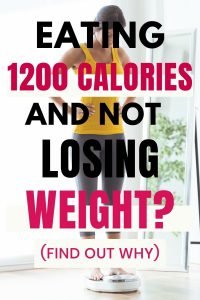 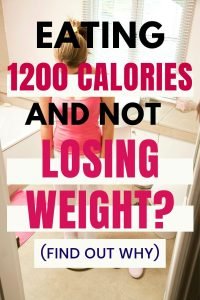 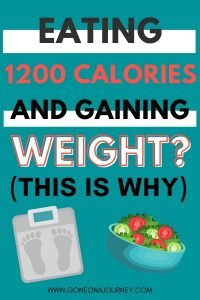 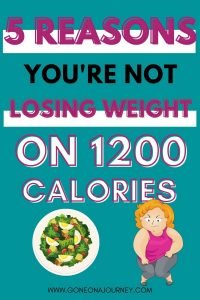 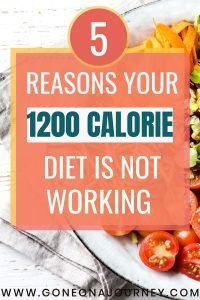 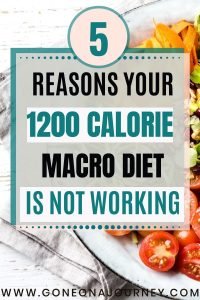 Getting 10,000 steps in a day and exercising more

Your weight is dropping, and your days of being overweight are over.

(or so you thought)

If you eat fewer calories, yes, you’ll drop the weight – but not always.

Why is that? Like with everything, when you diet, you have to have a plan – and plan that is sustainable, a plan that doesn’t make you dread it, and even more importantly, one that keeps the weight off even after the diet is over.

One that doesn’t make you gain all the weight back less than a couple months later.

Ok, let’s be real! You probably started eating 1200 calories a day because you heard of someone else’s success with this. You hunted down more social proof, and now you’re giving this 1200 calorie diet a go. But, you’re still asking yourself, Why am I not losing weight eating less calories?

Every human body is different, which means you can’t just jump on the 1200 calorie bandwagon because you see someone else doing it. Instead, do this:

Calculate your macros and eat at your maintenance calories for two weeks and see what happens.

Are you dropping weight? Great, stay there, don’t rush the process, if you start to see a plateau drop your calories by another 100 – 200 calories.

If you don’t drop weight, subtract around 200 calories from your maintenance calories, stay there for two weeks, and see what happens.

And keep repeating this process.

Now – if you’ve been consistently eating 1200 calories a day and haven’t seen any weight loss on the scale or physical changes in the past two weeks to a month your body needs a break from dieting.

Stop dieting and start a reverse diet instead. Bump your calories back up to maintenance calories or slowly work your way up, thereby adding 100 – 150 calories back into your diet.

3. Your metabolism adapted to surviving on fewer calories

Metabolic adaptation is how your body responds when you’ve been fueling your body on low calories – in this case, 1200 calories.

Over time, your body is pretty much saying “Hey, I’ve only got 1200 calories to work with and nothing extra to play with, I’m going to stretch this out as much as I can”. And so your body turns around and starts to burn less than it did before doing the exact same things.

Because our bodies are designed to evolve and survive, in this case, survive eating fewer calories.

Does this mean you need to work out more or eat even less? HECK NO!

Hit the reset button, either you take a diet break, or you start a reverse diet and bump your calories up to maintenance.

4. You’re probably exercising too much

It makes sense that if you exercise more, you’ll lose more. But similar to what I mentioned in the previous point. If you’ve been eating at a very low-calorie range for quite some time, all the exercise you’ve been pumping out now may not burn the same calories as before.

Cardio is usually the first thing we go to for exercise, but instead, I recommend picking up a couple of weights first and focusing on hitting 10K steps a day.

Cardio is a tool. Once you see, you are no longer making progress while eating at a deficit in calories, then you can pull out your cardio tool from the toolbox, and your body should respond quite well to this.

Have you tried tracking everything you eat? Like for real? No cheating?

Sometimes you could be making the simple mistake of thinking you’re eating 1200 calories, but actually eating more.

Track what you eat for a week – and if you lose weight, this means you were more than likely eating more than 1200 calories before – oops!

If you don’ lose weight, I recommend you reverse diet until you get back up to your maintenance calories and say there for a couple of months.

Medical News Today gives you an example of a 1200 calorie diet food list.

Eating 1200 calories a day is tough! When I first dieted with my Coach, I ate 1200 calories for one week towards the end of my diet back in 2018, but before I reached this point, I had already lost 27 pounds & yup eating more food.

To this day, I have never eaten such low calories again, or at least not intentionally.

Why did I get to such low calories?

Honestly, I had hit my goal weight months ago and, to this day, I have no idea why I even got to such low calories. (This is a reminder to be vocal and upfront about YOUR goals).

So what do you do once you’ve reached your goal weight or body percentage? Do you go crazy and eat all the yummy foods you missed? Definitely not. Why? Because you’re more than likely to put back on all the weight you worked so hard to lose.

Six months after I stopped dieting, I had gained all the weight back- I didn’t do a proper reverse diet, I ate whatever the heck I wanted, and I didn’t exercise. As a result? I gained 29 pounds. By the 7th month, I started going back to the gym, but still wasn’t prioritizing my nutrition.

As a result, I gained eight more pounds over the next ten months. In total, I ended gaining 41 pounds in a year and three months.

So instead of binging on all the foods you love after dieting, start a reverse diet if you’ve been dieting for 12 weeks or more.

This is me during my progress during my reverse diet after losing 17 pounds during the quarantine.

Conclusion for losing weight on a 1200 calorie diet

Dieting is hard and sometimes no fun. But if you’re a beginner and not losing weight eating 1200 calories a day, I hope this list of 5 reasons why answered your questions.

By reverse dieting, your body will thank you, and you will also be happy when you start to see progress come along.

Have you dieted on 1200 calories? If so, what was the toughest part about it?

WANT TO REMEMBER THIS? POST THE 5 Reasons your 1200 Calorie Diet Is Sabotaging Your Weight Loss post TO YOUR FAVORITE health and fitness BOARD!

5 REASONS your 1200 CALORIE DIET IS SABOTAGING YOUR WEIGHT LOSS

What kind of food causes love handles I grew up skinny, but I can clearly remember the first time I got called out on my love handles.  I was probably in middle school when one day, my...

Continue Reading
link to How to Gain Weight in Buttocks and Thighs (Do You Need to Lift Heavy?)

How to Gain Weight in Legs Gaining weight in your buttocks and thighs can be challenging, especially if you're not sure what exercises or foods you need to be eating to hit your goals. But, the...

Getting your health and body goals together shouldn’t be hard. Learn strategies & techniques to lose body fat, cook delicious meals, and grocery shop. All on a budget!